Brighton and Hove Albion striker Danny Welbeck scored his fifth Premier League goal of the season when he gave his team the lead during the 1-1 draw with home team Leeds United. Danny Welbeck gave the Seagulls the lead just before the midway point of the first half and he was close to being the recipient of the winning goal until Dutch substitute Pascal Struijk denied him with a late goal for the hosts. 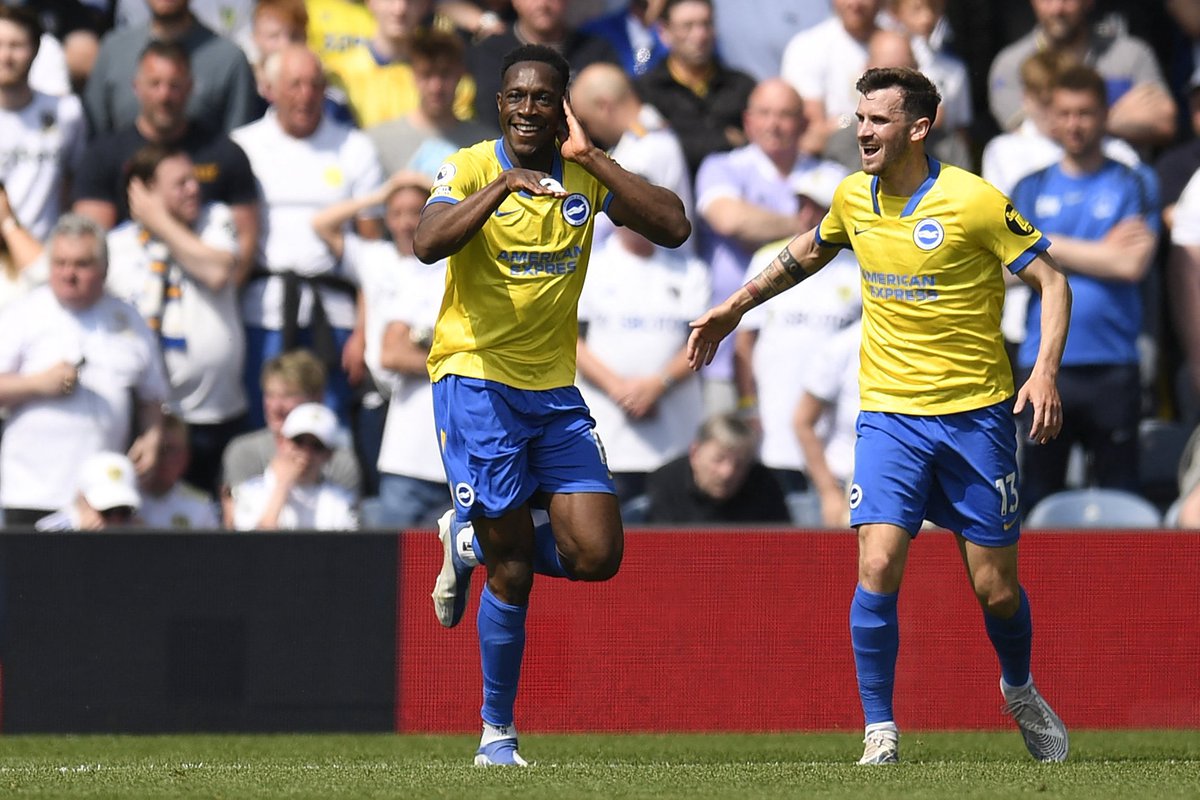 Danny Welbeck has been the central striker for Brighton ahead of regular first choice Neal Maupay in recent weeks. He was responsible for the lone Brighton goal against Leeds United with the strike coming in the first halfoff the assist from Malian national team midfielder Yves Bissouma. Welbeck was able to make it two goals in his last four league games with the opener against the Lilywhites.

Leeds United are fighting to survive relegation in the Premier League this season and they were able to arrest a run of three straight league defeats with the late goal from Struijk who came on as a substitute in the last ten minutes of the game. With seven minutes left to play on the clock, Struijk was introduced as a substitute for left-back Junior Firpo. The goal cancelled out the opening goal from Englishman Welbeck and ensured Leeds climbed out of the relegation zone.

The point gained in the second minute of stoppage time moved Leeds United ahead of Burnley in third from bottom on the league table by a point. Watford and Norwich City have already been confirmed as the bottom two teams on the league table and relegation to the Championship has also been confirmed for the two teams. The team that finishes in third bottom at the end of the final league game of the season will join Norwich City and Watford in the Championship. For now, Leeds are back in third from bottom ahead of the final league game this season after Burnley picked up a point from the away game against Aston Villa in their rescheduled game.