Welbeck Stays as Bid Fails to Come In

The new news in Arsenal transfers includes the latest on future of Danny Welbeck. With Welbeck having returned to the Arsenal after his extended summer break, his future with the club still looked to be decided. It was widely rumoured that the new head coach of the Gunners, Unai Emery, had made it clear to this England international that from his end, he was free to leave if he wishes to secure regular first-team football, with Pierre-Emerick Aubameyang and Alexandre Lacazette over of him in the pecking order at the Emirates. 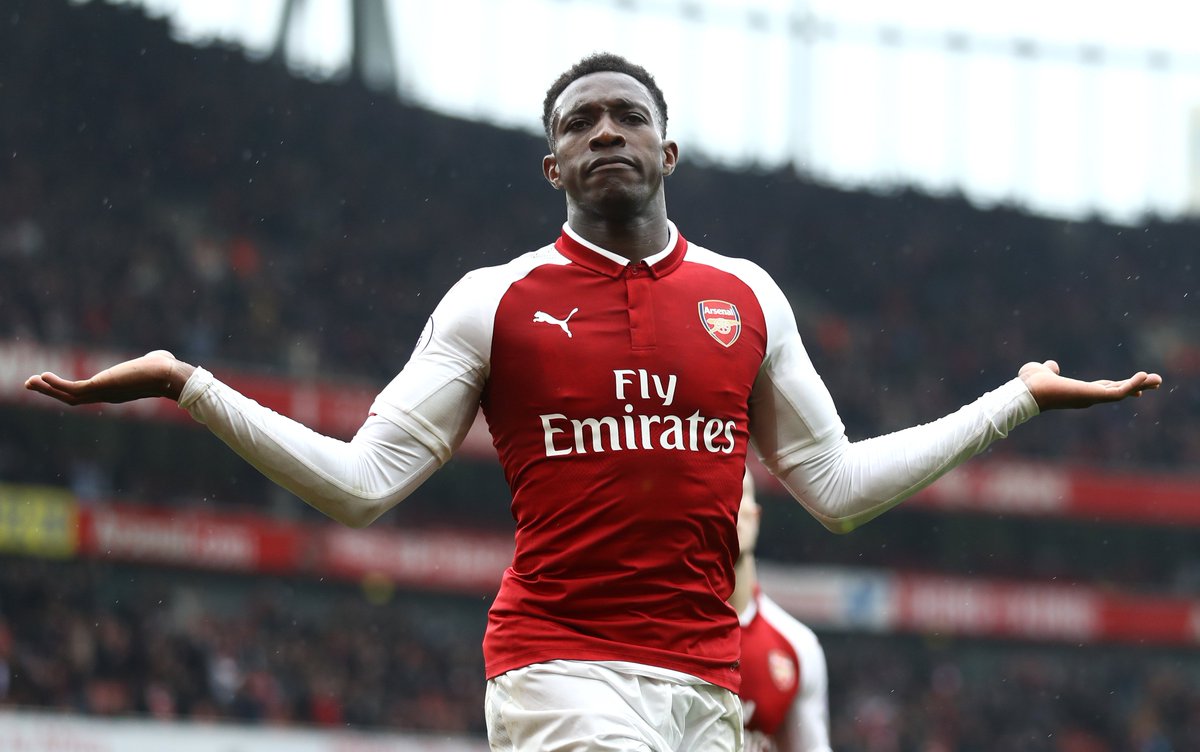 The talks in this regard continued all through the pre-season at London Colney between Arsenal, Welbeck and his advisors – and it seems that there was interest from many clubs of the Premier League about a potential switch, though most of the clubs that contacted Arsenal for the transfer were interested in a loan move only for the striker – something that the north Londoners were not keen to allow, taking into consideration that he is now in his final year of contract.

The move never quite happened though, and whilst Arsenal may have an embarrassment of riches upfront, it is difficult to see Welbeck get many starts – even though this website says that he is one of the main reasons fans buy tickets to watch Arsenal in action at the Emirates, with his speed and skill inspiring supporters of all ages.

It has now been decided that Danny Welbeck will remain at Emirates and will fight for his position in the team with Lacazette, Eddie Nketiah and Aubameyang unless a considerable cash offer comes from a European club by the end of this month. On Thursday, Welbeck was trained with the remaining team members at the London Colney as he is trying to build-up his fitness levels after the summer break.

At the same time, Welbeck must be thankful that the rumoured £90 million bid for Ousmane Dembele was not at all true – reports came out in Spain that the Gunners had launched what would have been the record of the club for the France international, but they turned out to be false. Wenger might not even get to watch the game on Saturday pending a misconduct charge from the FA. The French tactician was caught on camera pushing a fourth official after he was sent off the pitch in the dying minutes of the Burnley game. It is unlikely that he would contest the charge but he has until Thursday to respond.   END_OF_DOCUMENT_TOKEN_TO_BE_REPLACED

Welbeck back by Christmas

Arsenal has received an injury boost with the news that Danny Welbeck will be back in the team by Christmas.

The England striker has been injured since the end of last season, and there were fears that the player could have missed the whole of this season. This will be great news for Arsenal as they are currently short on striking power and would welcome the news.

Arsene Wenger made the announcement in a press conference before the weekend matches. The manager said that Welbeck is a valuable member of the team and that his return will add a much-needed boost at the front for Arsenal. He said initially it was expected that the player would be out until next April, but a recent test has revealed that the player is healing faster than expected and that he will be back by Christmas.

On the other hand, Arsenal will be missing Aaron Ramsey and Alex Iwobi until the next international break. Both players were injured in the defeat against Liverpool and will need at least 2-3 weeks treatment before being able to play again in the first team. He said that the injuries are down to the fact that the players did not have enough time to recover after their participation at the Euros.
END_OF_DOCUMENT_TOKEN_TO_BE_REPLACED

Danny Welbeck scored one goal during England’s 2016 Euro’s qualification as the English nation faced off with Lithuania in a match that concluded with the team of Roy Hodgson sealing a convincing 4-0 triumph.

England is now comfortably positioned in the top spot of Group E with 15 points; they have enjoyed a perfect start to their qualification campaign after having won all of the 5 qualification matches that the English outfit has played so far.

The 24 year old Arsenal player was named as the best player of the match as he was all over the pitch and was a continuous source of danger to the opponents’ defence which struggled trying to contain him and when the match reached its end, Danny Welbeck said that his move from Manchester United to Arsenal has helped him out when it comes to scoring with his national side.

After scoring against Lithuania, Welbeck turned into the top goal-scorer of the qualification stages as he netted his 6th goal of these rounds which is more than any other player of the current stages of the European tournament. The English attacker believes that his recent goal-scoring form has increased and improved due to his transition from Old Trafford over to the Emirates Stadium. END_OF_DOCUMENT_TOKEN_TO_BE_REPLACED

Arsenal Fans and Manager concerned after many Players getting Injured

Injuries, this is probably one of the words that Arsenal fans and Arsene Wenger have grown accustomed to hearing in the past few seasons as more and more players get injured for a significantly long period of time and there is no break as when one player gets fully recovered there is always another one who gets injured and the cycle is never-ending.

Danny Welbeck has not played a match for Arsenal since December 28 when the team of Arsene Wenger claimed a 2-1 victory over West Ham United. END_OF_DOCUMENT_TOKEN_TO_BE_REPLACED

£16 million was the price that Arsenal paid to Manchester United in order to sign Danny Welbeck. Taking into consideration that Welbeck is only 24 years old and is already being hailed to be one of the next big things of England, this is a bargain price for Arsenal as they have secured a talented youngster that can aid in the challenges that Arsenal has to face now and for the next years.

The transfer was completed on September 2 of the current year and when everything was officially announced and confirmed to the public it came as a huge surprise to many people as to why Manchester United decided to sell him at such a low price and why did Louis van Gaal offload Welbeck to one of their direct Premier League rivals, Arsenal?

Danny Welbeck has now revealed certain details concerning on why the transfer was completed as the English forward stated that he wanted to leave Manchester United one year ago as he felt uncomfortable playing under the system of the former coach David Moyes.

“Over the past year or so, I started to think about what’s best for me. At the time I was playing on the left wing a lot and in a 4–4-2, which is very difficult for me because I can’t make an impact on the game.I can play it to the best of my ability but that’s not best for the team, and I could make a bigger impact playing in my preferred position.

“You start to have thoughts but at that time you’re still going to training and I was still giving 100 per cent and giving my all in every single game but that’s just me, I’m not going to change that. But you do start to think about what’s best for you.” Danny Welbeck told the media.

When the transfer was officially done, Louis van Gaal stated that he did not regret selling Danny Welbeck. The English forward had the chance to demonstrate to Louis van Gaal that offloading him to Arsenal was going to be a huge loss for Manchester United as Arsenal faced off with United on November 22 in their Premier League match and Danny Welbeck played the entire match but could never make any kind of impact as Manchester United claimed the victory and it seemed like selling Welbeck was the correct decision for Louis van Gaal.